Wouldn't it be great to have a top-notch team? A team made up of people who have initiative, drive and smarts? A team filled with people who do great work and make you look good?

Sadly, (sigh) teams like that don't appear out of thin air. It takes a lot of work --mostly on your part-- to build a solid team. Are you ready to do some heavy lifting? Remember, doing this work will lay the foundation for a rockstar team in the months and years ahead! Doing this work now will save you tons of time and a lot of headaches later... but I'm not sure you are up to it. You see, team building isn't for everyone. Here are 10 reasons why you won't build the best team possible.

1. You're actually a nice guy/gal.

I'm not suggesting that you need to be a jerk in order to build a solid team, but "Mr./Ms. Nice-guy" isn't going to get it done. High performing teams don't accept anything less than people's best work. Mr./Ms. Nice-guy not only accepts mediocre work, but he puts in extra hours to fix it! You can't do that! You have to send it back to your team member and ask them, "Is this your best work?"

To get your team members to deliver their best work they need to be pushed. They aren't going to like it (at first) but that's your job. If a coach stopped making his team run sprints the first time they started cursing and scowling they would never get strong or fast (and they wouldn't have much respect for their coach either). Your team isn't going to make you feel good about demanding their best work, but they will respect you for it.

How many times have you gone into an interview secretly thinking, "Oh, I hope this is the right person for this job. I would just love to have it filled!" And then you spend the whole interview talking yourself into what a great person this would be on your team. That's not going to work! You need to look at every interview as a chance for the candidate to prove to you that they are capable of performing at a high level. You don't just want anyone -- you need the best!

4. You don't have measurements

Great team members want to keep score. They want to know they are going to be part of a winning team, and they want to see how they are contributing to that win. Boy, that can be hard in a small business! When roles overlap and we need everyone to be flexible it's hard to make measurements that stick. If you want a great team you need to define clear roles and responsibilities so that you can give people the chance to prove that they are effective.

If you want team members who deliver their best, you need to make sure that everyone knows when they succeed. That means letting the clients know how great the team is (and let the team hear you say that). It means saying "Thank You" and giving out recognition in big ways and small ways. It's hard to celebrate your team and say thanks too much; I bet you aren't doing it enough!

Wait, if I'm building a great team I'm supposed to avoid failure right? Well, yes, in the long-run, you will have less failure. But team members don't learn if you don't let them fail. I'm not talking about catastrophic failure. We need to support team members and give them challenges appropriate to their abilities, but they need to know if what they are creating is bad. They need to know not just from you, but from their peers and even (sometimes) from clients.

7. You're not firing people

This is a big one. You can't fly like an eagle if you are surrounded by turkeys. If you are tolerating some turkeys on your team, it will hinder the performance of the whole group. It also seriously undermines your authority if you say you want a top-notch team, but you aren't getting rid of those turkeys. You know who they are; go fire them.

Teams have uniforms, they have mottos, they have traditions. They require a surrender of at least a portion of individuality -- all for the greater good of the team. Most businesses are more like collectives -- people choosing to work together for convenience. You need more than this. You need to build a culture. Tell stories about epic performances, create a history together, initiate new team members into the significance of being part of this team. Buy some shirts with your company name on them.

9. You want to "get things done" and cross them off your list

10. You don't have the confidence

It feels great to lead a high performing team -- you know that you can tackle challenges that you'd never attempt alone because you have a team behind you now. But it also takes real confidence to build the best team possible. You need to know you are worth it, your business is worth it. I've outlined a lot of work here; there will be a lot of points along the way when you have to rise to the challenge. You need a reserve of confidence to get you through it. Are you ready?

I actually do hope that you are up to it, but I wanted to emphasize how just wanting a great team isn't enough. Actually building a great team means that you have to change how you act, how you find satisfaction, and how you look at your work. I think it's some of the most rewarding work in the world; but it's not for everyone. Are you up to it? 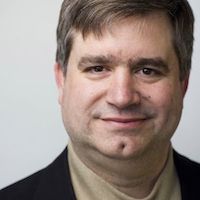 Brad Farris is the founder of EnMast.com, an online business owner community. He's the father of 5, and his wife and kids live on Chicago's northwest side. Find him on Google+, Twitter and LinkedIn.