About 20% of adults in the U.S. are chronic procrastinators, according to research by psychology professor Joseph Ferrari.

Other research suggests that 80% to 95% of college students procrastinate, especially when it comes to their coursework.

There's no doubt that procrastination is a universal problem. We can all relate to how it feels to endlessly put off tasks. That’s because our brains are actually wired for it. Procrastination is a battle between our limbic system (the unconscious and automatic part of the brain that makes you pull away your hand from fire and that ) and the prefrontal cortex (the voice of reason and the planner).

When you are confronted with a task that you don't necessarily like, your limbic system and your prefrontal cortex will fight with each other. Pretty often, it's the limbic system that wins. That's when you decide to leave for tomorrow what you can do today. 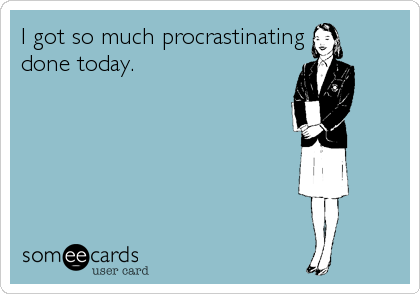 Procrastination makes us feel really bad about ourselves - feelings of guilt and self-doubt - and the more you procrastinate, the worse you feel. But that’s not all. A recent study by Dr. Ferrari, the psychology professor we mentioned above, suggests that procrastination also predicts lower salaries and a higher likelihood of unemployment. It also predicts other problems such as neglecting your health and failing to save for retirement. Overall, a long-term habit of procrastination can have dire consequences on your well-being. 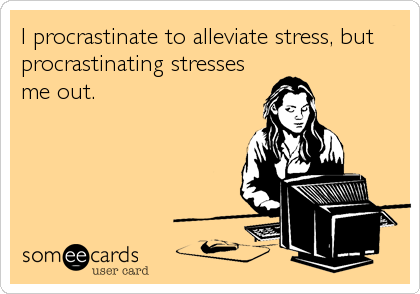 Procrastination doesn't only mean missing deadlines and abandoning tasks. Many chronic procrastinators meet deadlines by completing work at the eleventh hour, but fail to achieve their full potential by rushing the task.

If you’re looking to turn around your procrastinating habit, then it’s important to understand why you leave tasks until the last possible minute. What type of procrastinator are you? 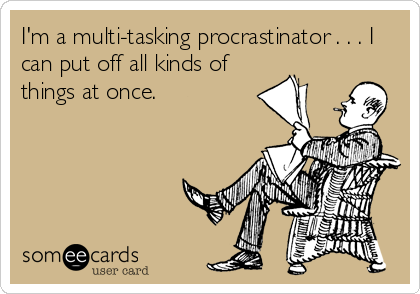 If you’re a thrill-seeker, then you procrastinate because you actually get a rush from completing things last minute. You feel that you thrive under pressure and you love the adrenaline you get from handing in work in the last possible minute. But are you accomplishing your full potential when you’re spending so little time on your projects?

The Avoider runs away from the discomfort of going through with a task that either is unpleasant or has high stakes. Avoiders are almost always too focused on what others might think. They run away from fear of failure or sometimes even fear of success.

They would much rather have others think that they lack effort rather than ability. They often try to make themselves feel better by running away from the task and not putting in any effort. Does “I wasn’t even trying” sound familiar?

The Indecisive Procrastinator simply can’t make a decision. Usually, this is a result of the fear they will be blamed for a negative outcome. This type of procrastinator runs away from responsibility. After all, if they’re not making a decision, the result won’t be their fault.

Perfectionists set such high standards for themselves that they become overwhelmed. This type of procrastinator might even get started on work, which the other kinds of procrastinators usually have a hard time doing, but they fail to finish when they can’t meet the unrealistic expectations they set for themselves.

Because they can’t do something perfectly, then nothing gets done at all. Cue cycle of anxiety and shame.

Busy procrastinators are just too busy to actually get down to the bottom of their to-do list. Everything seems equally important and they can’t decide what to do first. Choosing only one task would mean that the others won’t get done. Just like in the case of the Perfectionist, the Busy Procrastinator might actually start some of her work, but will fail to finish it. What this type of procrastinator needs is a big dose of prioritizing.

What type of procrastinator do you identify with? Let us know in the comments below.