Innovation is a hot topic in the business world. People often look to pioneering companies for advice and inspiration. But what can we learn from innovative cultures? Bloomberg hints there’s a lot to pick up from South Korea, which it named the world’s most innovative country earlier this year.

More than 25 million people live in the Seoul Capital Area, beneath the city’s towering skyline. But South Korea hasn’t always been prosperous. It was poorer than Bolivia and Mozambique 50 years ago. Thanks to decades of growth, it’s now richer than Spain and New Zealand. It’s a world leader as a steel maker, ship builder and car manufacturer.

South Korean companies won’t hesitate to re-invent themselves. Such innovation is why Korean cultural influence, in the form of film and music, is starting to dominate Asia. It’s time to ask: what can our teams learn from the world's most innovative country?

Economists typically link growth to three factors: increases in capital, labour and productivity. Between 1963 and 1997, South Korea saw its largest growth due to the last two factors along with the open world economy. The country’s labour force flourished with productive, highly-educated workers.

Sound familiar? Gen Y bears numerous similarities to South Korea’s workers at the time. More than 63% of Gen Yers in the U.S. have a bachelor’s degree, according to information company PayScale. This makes Gen Y the country’s most educated generation. Its members are productive, too. In the name of productivity, many call for the end of email in favour of instant messaging. Its speed and informal nature allow for less wasted time. In terms of innovation, they’re eager to accept ambitious challenges. A Deloitte study says Gen Y wants, and receives, more responsibility earlier than its predecessors. The lesson? Don’t hesitate to hire young talent.

Companies in the world's most innovative country are notorious for asking applicants strange questions. They touch on personal issues such as weight and eating habits. Asking such questions could be important to determine cultural fit if you run an exercise or health foods business. Hiring managers have a simple reason for their actions: they want to make sure applicants fit their companies’ cultures.

Hiring for cultural fit is common knowledge. But how many companies constantly help teams relate to their culture? After the hiring process, South Korean businesses ensure teams build loyalty to their cultures. They pay for teammates to bond and discuss company policies over late-night drinks and dinners. They don’t see hangovers as a problem, so team members have to show up on time the next day. Some claim the tactic is over-the-top and leads to poor productivity, but it teaches a valuable lesson: team members must remain committed to the culture of innovation.

Cultural fit can encourage innovation. A 2005 study from the University of Iowa links a strong cultural fit to high performance and commitment to a team’s goals. If a team’s goals and culture are based on innovation, the right candidate will excel in relevant tasks. These include research, creative thinking, group brainstorming and problem solving. This is simply a result of him believing in the company’s mission and identifying with his teammates. 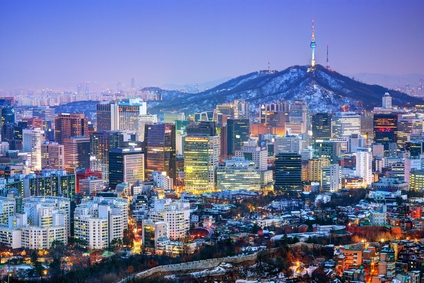 South Koreans view education as a catalyst for innovation. The world's most innovative country invested 7.6% of its GDP into education in 2010. That compares with the 6.3% average amount among OECD (Organisation for Economic Co-operation and Development) countries. It also spent 2.6% of 2010’s GDP on post-secondary education, whereas the OECD average was only 1.6%. As a result, South Korea is one of the world’s most literate nations. It’s also among the most scientifically- and mathematically-inclined.

Businesses have no direct control over these numbers, but instead offer learning opportunities and chances to pick up new skills. More than 15% of South Koreans say opportunities for learning and development are the most important aspect of a career, according to a Boston College study. Of course, learning is important to the innovation process. People need to acquire valuable information and use it at work. An often-cited study by Pennsylvania-based researchers links innovation to a team’s ability to recognize and apply new information. They determined that innovative teams rely on this ability to create products that competitors wouldn’t be able to envision. The lesson is clear: innovation depends on learning, so give your team chances to pick up skills, study new ideas and conduct research.

Stand up to tough competition

You have to make innovation a priority. That’s the advantage startups and other small businesses have over corporate giants. Big companies may have more support and resources, but they’re slower to create new products because of bureaucratic processes. South Koreans believe anyone can be innovative. That’s why 92% of them say small and medium businesses can out-innovate large companies, according to a survey by global market research firm Edelman Berland. The global population is less optimistic, as only 70% of people think big corporations can be out-done.

South Korea also recognizes innovation can happen in a variety of ways. Improving existing products and services is the main method. This is followed by creating new products and forming new business models. In total, 95% of South Koreans say innovation is a strategic priority.

This culture of fearless innovation is what has given small South Korean companies enormous success. Though the country has a competitive beauty industry, a three-year-old startup controls 80% of the online market and is growing in Europe and North America. As the first South Korean company at prestigious startup accelerator Y Combinator, Memebox ships constantly-changing cosmetic collections in attractive boxes to customers each month. Its sales rose by 500% between 2012 and 2013. That’s why it’s a growing source of competition in the beauty industry. Memebox’s success – and South Korea’s innovative spirit – teaches us to pursue new ideas, even if we’re up against corporate giants.