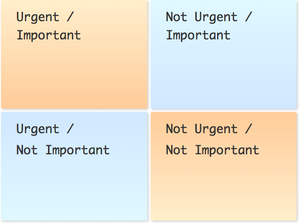 And no, not the R-Rated comedy about a talking teddy bear (though, that might be great too).

TED, the non profit conference, has racked up racked up over 900 videos in the last several years, and below is the best. But first…

TED technically stands for Technology, Entertainment, Design, but it is perhaps better defined by its premise “Ideas worth spreading.” It’s a series of conferences, originally held twice a year in California and Scotland in which speakers- usually the best in their field- are given 18 minutes to discuss their particular idea worth spreading.

The content of TED talks runs a wide gambit. At one end of the spectrum are the mundane and hilarious talks, barely a notch above stand-up comedy. Ze Frank, the forefather of vlogging, delivers a comical appraisal of humor on the web (all while ridiculing the actual format of the TED conference).

At the other end of the spectrum are the extremely cerebral (both figuratively and literally) talks such as Neil Burgess’ explanation of how your brain tells you where you are.

Malcolm Gladwell might best exemplify the spirit of TED with his intriguing way of connecting science, design, sociology, anthropology, history, creativity, spaghetti, and any other number of topics into a big soup of knowledge that explains how the world works.

In a nutshell, TED talks are like gateway drugs for higher learning. They are gee-whiz introductions to new research, fields, industries, and ideas that can change the world. And they aren’t simply erudite; they are usually accessible to the masses.

“The secret to happiness!”
“Easy steps to a happier life!”
“Try this one weird tip…”

Oh boy. Happiness advice? Yeah, right. If it were so easy, everyone would be happy, right? The very concept of seeking “happiness advice” conjures an image of motivational speakers, gurus, and self help books filled with steps and acronyms and a variety of meditative hocus pocus usually ending with a pitch to give the author or speaker money.

But Daniel Kahneman is no fly-by-night motivational speaker. He’s a Nobel laureate and he has logged quite a few hours studying human behavior.

And in fact, Kahneman doesn’t even really believe in a single, all encompassing definition of the word “happiness.” He knows how nebulous and indefinable the term is and thus uses his speech to explain the two different ways people are “happy.” He breaks it down into “well being” and “enjoyment,” into experience and memory.

His speech, The Riddle of Experience vs. Memory, is a must watch.

So readers, do you live more for the memory or for the experience?