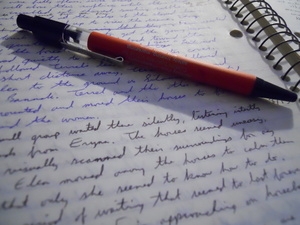 Not counting graymail, spam, coupons, notifications, and other nonsense you’ve failed to parse out of your main inbox, how many minutes- on average- do you spend answering each email?

No need to rush things yet. Just find out what your MPE is. Grab yourself a timer. There are plenty of online timers, but a good old fashioned stop watch works fine. Hell, time yourself with a Casio digital watch, because it may be 2012 on your iPad, but your wrist says it’s 1992.

Use that stopwatch whenever you are checking and/or answering email. Let it add up. Then at the end of the day, visit the sent section of your inbox, count all the responses you made since you woke up, and average that out with the time on your watch.
This will actually accomplish two goals:

It’s that simple. Did it take you 48 minutes to answer a dozen emails? Okay, that’s 4 MPE, not terrible, but you can do better. The next time you open your inbox, quickly scan the number of responses you’ll have to make and figure out what time you’ll need to hit to beat your old record MPE. It may take a few days, but eventually you’ll hit an ideal rate.

2 MPE is a good place to start. You’re always going to find a few whales that will take time and concentration. But most emails can be handled the way you would handle a response if a person was standing directly in front of you, asking you a question. Quickly form your thoughts, answer directly, do not perseverate over style. If it’s professional or work related, give it a quick once over for typos, then click the send button and move on.

But what about those emails that take an hour to write?

An hour is fairly inordinate, even for an incredibly important email, but some emails should take longer than 2 minutes to tackle. Here are a few examples of responses you should dwell on:

Be it a potential new employer or a potential new client, many important relationships in your life may begin as emails, and a few extra minutes paying attention to the words you choose can stretch far beyond that first contact. If you are emailing a person for the first time, think about the voice you are presenting, the style with which you write. This doesn’t necessarily mean you have to be 100% professional; just focus on presenting the best version of yourself in word form, whether that is through wit, earnestness, professionalism, friendliness, brevity or loquaciousness.

Empathy is much easier heard than read. A cold, voiceless apology may be worse than no apology; and despite your best intentions, rushed concessions may appear to be exactly that. So, take a few extra minutes to add the right tone to your atonement.

An email that may be used publicly as a statement.

These aren’t terribly common, but are becoming more so in a world where nearly everything can be copy/pasted, reposted, re-tweeted, and webcasted. The web is filled with the vast forehead smack of poor PR responses to customer complaints and blundered public statements. If part of your employment includes communiqué with people outside your company, simply be more aware of the fact that while you may not have been assigned the role, you are a voice of your company.

What Emails Should I Keep Brief?

The important thing is to recognize which emails are worth putting your back into, and being aware of when you’ve let what should have been a two minute response grow into one of these unnecessary whales. Here are a few types of emails you should be wary of overresponding to:

Responses to a boss

This one sounds antithetical considering the importance of the reader. Shouldn’t you take some extra time? Bring your A game to the boss-ketball court? NO. If your boss is like most bosses, he/she values time, and they’d rather read a quick email that answers their questions simply and directly than an essay exploring the possibilities of the answer, the pros and cons of the situation, a detailed analysis of all angles of the problem and why your particular conclusion was reached. Be decisive. Be concise. Most boss responses shouldn’t breach that 2 minute mark.

Responding to any email that includes the word “why?”

“Why” can be a bottomless pit. There is rarely a “correct” answer to a “why.” Often, there isn’t even a satisfactory answer to “why.” “Why’s” require explanations, opinions, supportive arguments. And while sometimes it’s important to provide reasons for your decisions or actions, don’t fall prey to lengthy, thought-intensive answers just because a “why” was asked. Quickly evaluate the importance of the “why.” If you’ve decided to give up a lucrative Wall Street career to become an ice road trucker, a few “why” emails may be in order to loved ones. But if your friend Bill wants to know why you missed karaoke night, he doesn’t need an explanation that takes 20 minutes to write.

So time those emails. You don’t need to do it forever, but a few days of it will greatly inform you of whether you’re over-answering emails, dwelling too long on responses, or generally spending too many of your waking hours staring at an inbox.