A lot is said about innovation these days. We talk about how to encourage your team to be innovative, and techniques to become more innovative as an individual. But we sometimes forget what innovation really looks like. What innovation is in practice.

The companies nobody’s ever heard of. And the ones that are probably making the most impact in our world.

We have Sustainia to thank for in hearing about some of these companies. Sustainia is an innovation platform where startups, NGOs and thought leaders work together to create tangible sustainability solutions. Most of the sustainable innovations that spring out of Sustainia don’t just push forward their respective sectors and industries - they improve everyday life too.

They company’s annual project, Sustainia100, gathers the 100 most innovative solutions from around the world. This years’ most innovative companies were announced back in June in Oslo, Norway, and are already being deployed in over 142 countries.

We take a look at five of the most impressive solutions these companies presented. 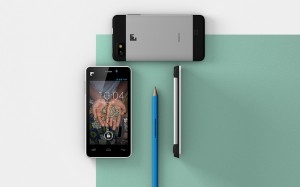 Sorry to break it to you, but your smartphone was most probably made at the expense of others.  Even aside from unethical coltan mining (a mineral that exists in every electronic device you own), there are many other human costs involved in the production of smartphones and other electronics.

Fairphone not only makes its phones from conflict-free minerals, but it also pays fair wages to workers and is fully transparent throughout the production and supply chain.

The Fairphone costs 310 Euros, and every penny of it is accounted for in a price breakdown that you can download directly from the Fairphone site.

In Bangladesh, Practical Action is helping families to build flood-resistant homes out of sandy soil, brick and concrete. The walls are kept firm and safe with the use of treated bamboo poles that are placed on concrete bases and strengthened with metal tie rods. And fastenings bind the walls to the house’s skeleton so that the house can stand even during the strongest winds and rain. Practical Action’s houses are in fact able to endure multiple floods, a huge environmental problem in Bangladesh.

Bangladesh will be, according to a World Bank study, one of the countries most affected by climate change. Right now, ever year, flooding kills more than 700 people and damages four million homes and wipes out more than one million hectares of crops. Climate change will likely increase these numbers. But with their houses intact, families can protect their belongings, keep their businesses running, and continue sending their children to school.

This is not the only project Practical Action is involved in. The company has thought up solutions for coping with drought, surviving freak freezes and even adapting rice to saltier water so that farmers can cope with rising sea levels - making it a thought leader even outside of the building sector.

Better World Books collects and sells books online while matching each purchase with a donation to generate funds for literacy initiatives around the world. The company reports that it has re-used or recycled over 128 million books - the equivalent of saving more than two million trees!

But aside from this huge environmental impact, Better World Books has donated more than 12 million books and raised $16 million for global literacy efforts so far. This is a great step in aiding the 774 million illiterate adults worldwide who miss out on opportunities afforded by formal education. Better World Books turns its non-profit partners into shareholders through stock options, so the company’s global literacy efforts are very much an integral part of its business model.

Bjarne Schläger Design and Alfred Priess have come up with a streetlight that can self-sufficiently illuminate public spaces around the world. 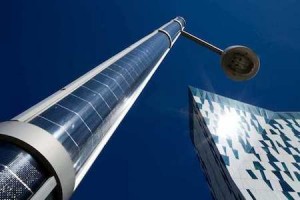 Touché has a sleek design, with solar panels discreetly covering the surface from top to bottom. It requires no electrical connection, so it can work both in urban and rural areas. What’s more, it produces about two to three times its consumption so it can actually contribute energy if connected to the grid.

Not only would the Touché streetlight reduce CO2 emission significantly, but it would also save municipalities a lot of money spent on the cost of maintenance and replacement of streetlights. It’s already being used in 15 countries, including Russia, South Korea and Saudi Arabia.

Orbital Systems: The shower system that recycles and cleans water

A moment of honesty: how long are your showers really? You might try to keep them under five minutes, but the average shower time in the U.S. is over eight minutes, and consumes over 65 litres of water. 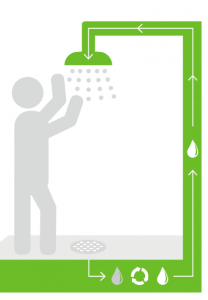 With Orbital Systems’  efficient shower unit, you can save 90% of the water and 80% of the energy consumed during your shower. Orbital Systems pumps water through a filter and reuses it during the same shower. This way, the water is purified - and in most cases it’s even cleaner than the original tap water. For a 10-minute shower, it uses only five litres of water, helping home owners slash their utilities bills.

The beautiful thing about Sustainia companies is that they are creating a vision for the future right now. It’s not a utopian far away dream. These are solutions that are available now, that are being implemented around the world as you are reading this.

Of course, these are just five of the 100 Sustainia companies. But they offer a few snapshots of the power of innovation put into practice, and of what it would look like to be a citizen of this sustainable future.

Which of the above innovations is your favourite? Share your thoughts with us in the comments below!