If you, like us, are constantly looking for more efficient ways to work, then you will really appreciate what the Zeigarnik effect has to offer. It carries the name of Bluma Zeigarnik, a Lithuanian-born psychologist who first described this effect in her doctoral thesis in the late 1920s. Some accounts have it that Zeigarnik noticed this effect while she was watching waiters in a restaurant. The waiters seemed to remember complex orders that allowed them to deliver the right combination of food to the tables, yet the information vanished as the food was delivered. Zeigarnik observed that the uncompleted orders seemed to stick in the waiters' minds until they were actually completed. 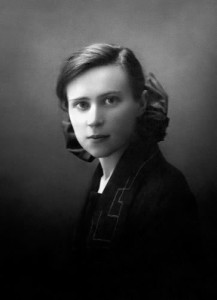 If you look around you, you will start to notice the Zeigarnik effect pretty much everywhere. It is especially used in media and advertising. Have you ever wondered why cliffhangers work so well or why you just can't get yourself to stop watching that series on Netflix (just one more episode)?

As writer Ernest Hemingway once said about writing a novel, "it is the wait until the next day that is hard to get through." But the Zeigarnik effect can actually be used to positively impact your work productivity.

The Zeigarnik effect and productivity

Now you're probably wondering how the Zeigarnik effect improves productivity. Since we experience intrusive thoughts about uncompleted tasks, the key to productivity is working in focused periods of time, while avoiding multi-tasking and disruptions. Getting a task done means peace of mind, while the intrusive thoughts mean that you will experience anxiety when leaving a task unfinished to focus on something else. Since multi-tasking is simply diverting your attention from one task to another (basically making the new task an interruption), your brain won't allow you to fully focus on the new task because you have left the previous one uncompleted. That is why productivity techniques such as the Pomodoro technique work so well. Of course, another key element is adapting the time spent on focused work to the task at hand; some tasks will require a longer period of focused work than others.

The Zeigarnik effect means good news for procrastinators: you are less likely to procrastinate once you actually start a task. You're more inclined to finish something if you start it. So how do you actually get started? It depends on what kind of procrastinator you are. If you're likely to procrastinate because you're faced with a big project, then don't think about starting with the hardest chunk of work. Start with what seems manageable in the moment. You'll be more likely to finish the task simply because you started. The Zeigarnik effect shows us that the key to beating procrastination is starting somewhere… anywhere.

A study published in the Journal of Personality  in 2006 showed that the Zeigarnik effect is undermined by reward expectancy. The study had subjects working on a task, interrupting them before the task was finished. While one group of subjects was told that they would receive an amount of money for participating in the study, the other group wasn't told anything. The result was that 86% of the subjects who didn't know about the reward chose to return to the task after they were interrupted, while only 58% of the subjects who were expecting the reward returned to the task. As the study was over and the reward was there, they found no reason to return to the task. What's more, the subjects who were expecting the reward actually spent less time on the task once they did return to it.

Compare this to the 8-hour work day. The end of the work-day is just like the interruption in the study: once the 8 hours are done, the task is interrupted. And the pay for the 8 hours of work is the expected reward. The above study shows that reward expectancy actually undermines the Zeigarnik effect, and that rewarding task performance can lead to early task disengagement. In other words, the 8 hour work-day actually makes us unattached to our work. A great way to fight this sort of complacency is offering flexible work arrangements for your employees and offering rewards in the way of a healthy work-life balance.

Have you observed the Zeigarnik effect anywhere else? Are there any tips you have for using it to improve work practices? Let us know in the comment section below.